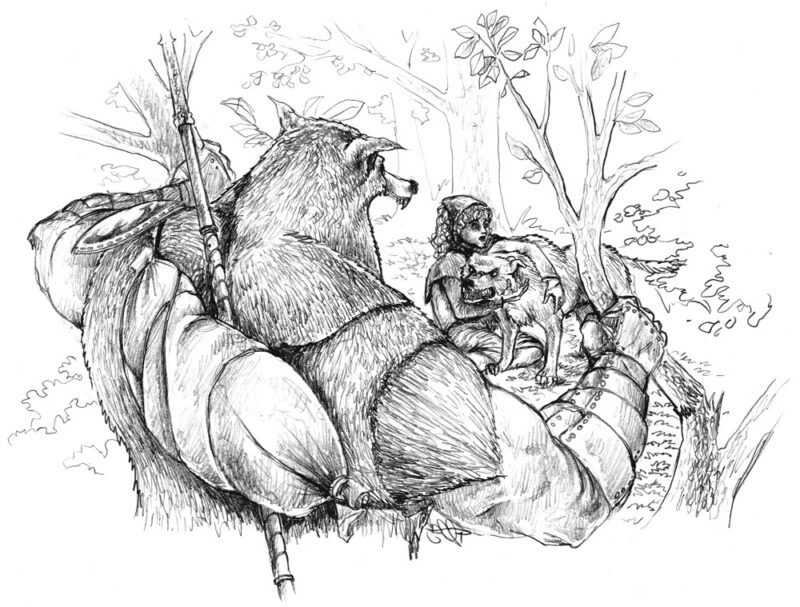 “Damn horse! This one will not hold out much longer, tomorrow I will have to stop off at some village and get a new one…”

The hefty horseman had not said this very clearly however, as he was not particularly inclined to conversation. Everything that came out of his mouth sounded more or less like “Haaa!” interspersed with slappings on the horse’s rump in an attempt to get the animal back to a quick trot. And truly, for a while the horse stopped pulling like a worn-out nag, even showing a fraction of its supposed value. All the same, the rider could not help the feeling that he had overpaid for it, like all those before, and again, frowning, he sank into a gloomy silence…

Suddenly, the horse stood as if stuck. The rider was pulled back from his wandering thoughts, instinctively repeating the slapping movement of his hand. His thwack, even though a bit harder than those before, this time did not prompt the horse to move one bit. Instead, the animal reared weakly, raising itself somewhat upright and uttered a paltry neigh. The heavy figure on its back then moved with astonishing speed – without a moment’s thought, the man was off the horse’s back, and in the same instant as his feet hit the ground, he was already holding his formidable weapon at the ready in his right hand.

Slowly and quietly, as much as possible for someone his size, the man made several steps toward the thick bushes that overlay the forest, leaving behind him the grateful animal who had been desperately awaiting an opportunity to catch its breath. As this man came up close to bushes, he grabbed the edge of a branch and swiftly pulled it aside, snorting gruffly through his thick mustache.

The bush gave way under this sudden jerk, and a good part of the plant remained in the hands of the giant man, torn, while the tearing squall of leaves and branches was accompanied by a muted scream and a threatening growl. The man stood back for a moment, the mace in his hand ready to strike, when his completely tense frame at once visibly relaxed, and he, lightly dropping his weaponed hand, spoke out clearly for the first time in many days:

“Well, well, look here, o wonder of wonders… what have we found at the forest’s edge?”